a little too excited… I’ve been really excited about the whole “getting back into the fitness world” thing, maybe a little too excited. I may have been a little aggressive in planning my fitness activities for the weekend, and as a result, I may or may not be able to walk tomorrow.

On Saturday morning, Miles and I ran the Isle of Palms Connector 10K Run for the Child. I had lined up a babysitter for the day for us to run the race, but Miles decided that he wanted to run it with the girls in the Double BOB (best running stroller of all time). It’s a pretty serious incline on the way out and on the way back, so that was ambitious of him. Miles is lightning fast when he runs, so when he pushes the stroller, it slows him down enough that I can run with him. It’s pretty much the only way it works for us to run together.

I haven’t run a race (or 6 miles for that matter) in exactly two years. The last race I did was the Isle of Palms Connector Run two years ago. I knew that I was pregnant at the time, but I had NO idea that I was pregnant with twins. So, I guess Saturday was technically Riley and Quinn’s second race, first race not in utero, and our first family race. It was a gorgeous day and the views were amazing, but it was crazy windy on the way over for 3 miles, which was totally fine with me, but poor Miles was pushing what felt like a sailboat. He was pushing 50 lbs worth of kids + a 45 lb stroller straight up hill with a massive headwind. 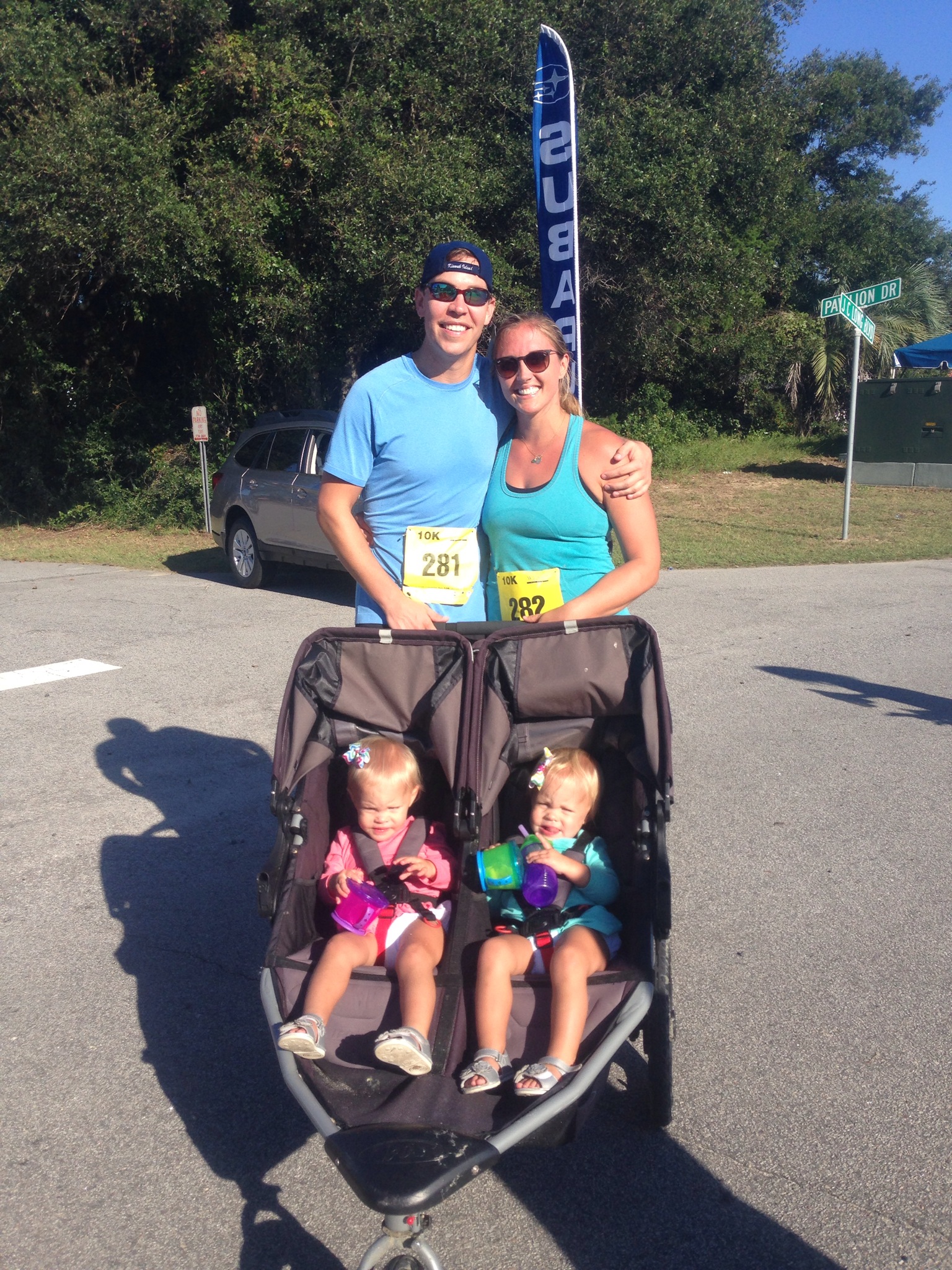 Then on Sunday, Journey Cycling hosted a lunging event on the Ravenel Bridge to fight childhood obesity through MUSC Heart Health. To get to the top of the bridge, it’s 3/4 of a mile straight uphill. I was full of really great ideas, when I convinced Miles and one of our favorite couples to do it! Then we all decided that we didn’t want to pay babysitters (they have 4 kids, 4 and under) to go lunge the bridge, so we would strap our children to us. Seriously?!?! What the hell were we thinking? We did it as a team, so the guys would lunge together, then they would tag us in and we would lunge. We made it to the top even though we were the last ones up. I blame it on the extra 23+ pounds we were all carrying. Brunch cocktails were necessary afterwards.

Brooklyn and Caroline were the cutest cheerleaders of all time 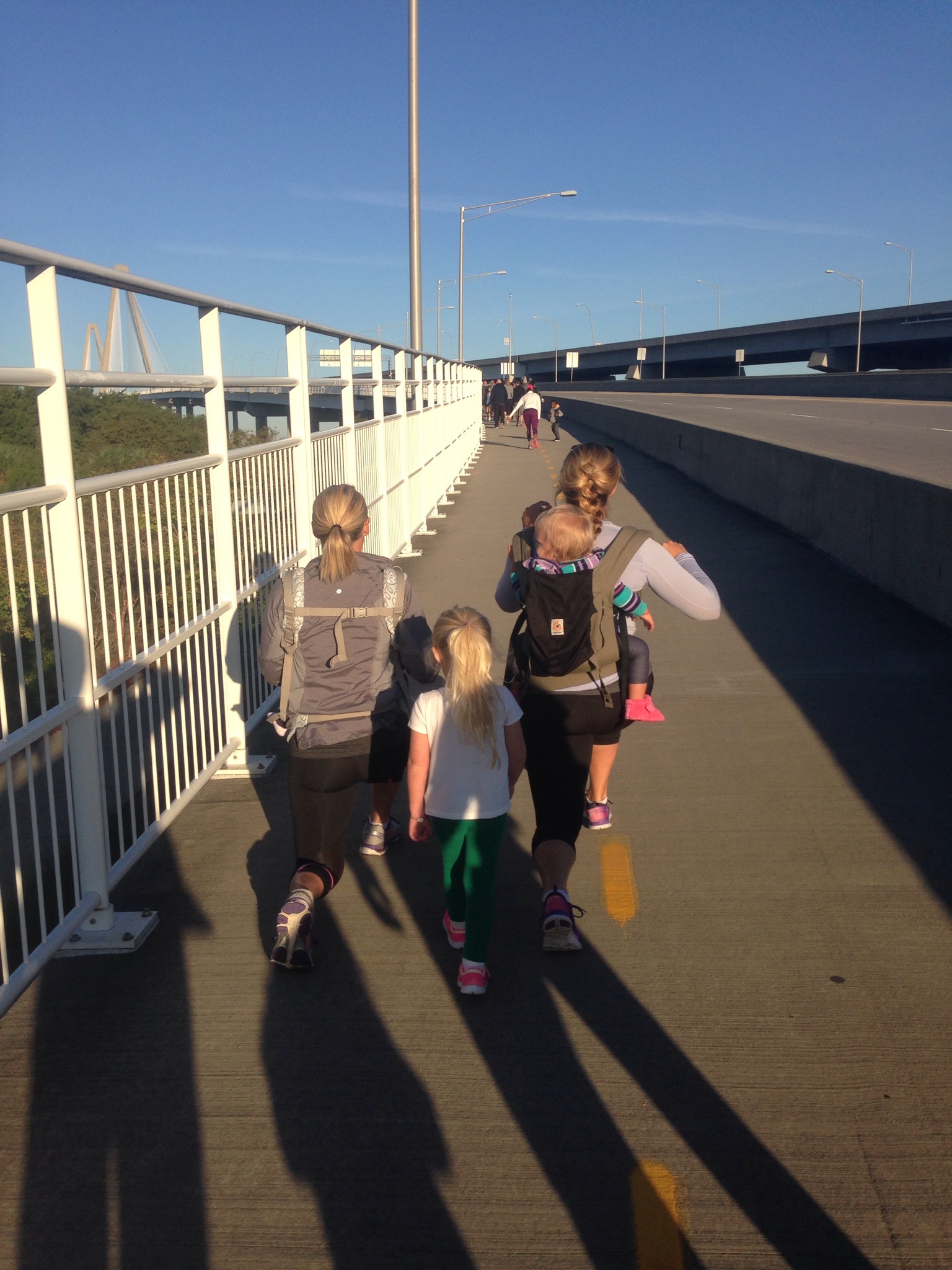 Kristin and I carrying Reese and Riley 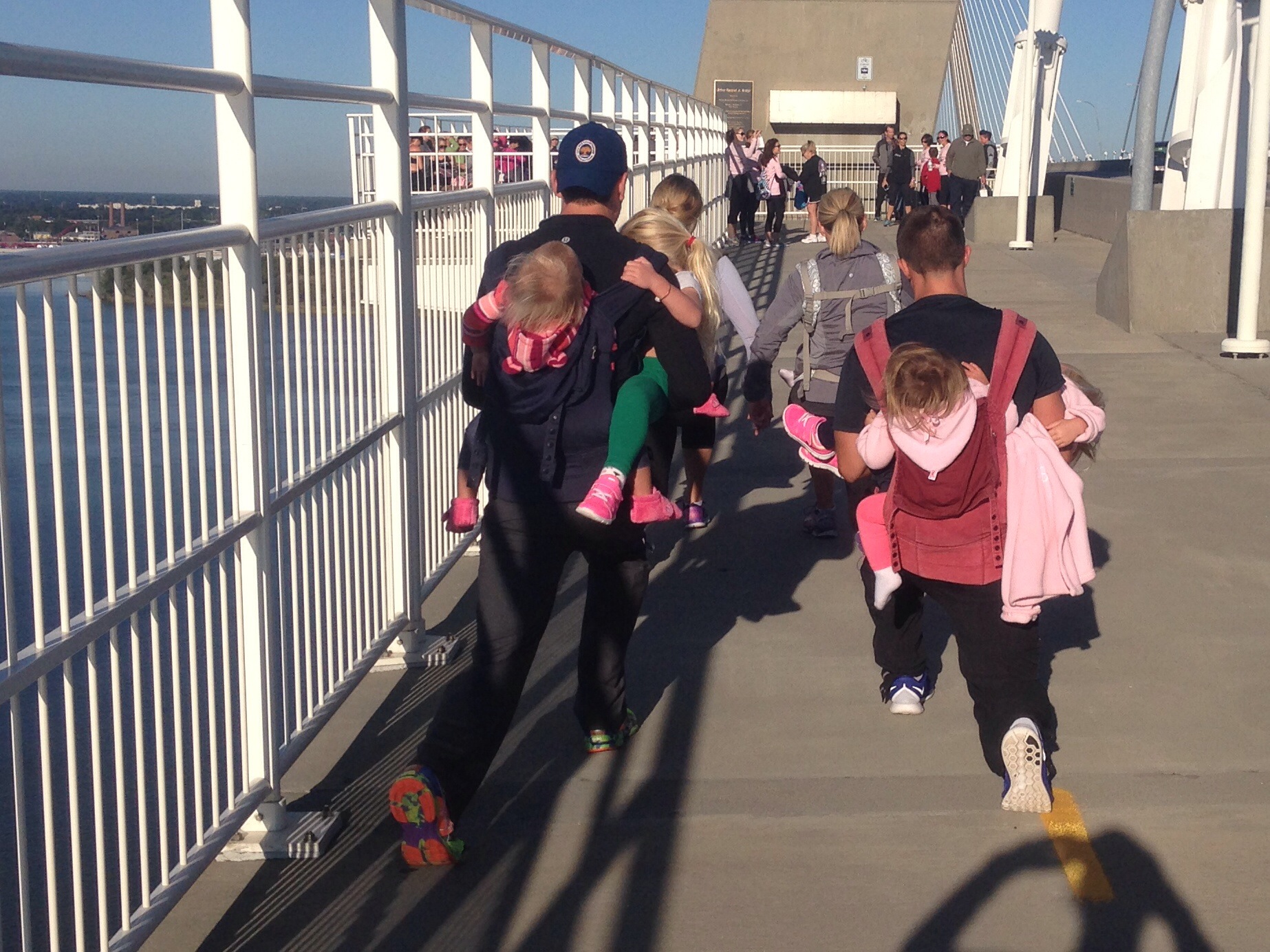 They were just so happy to be out of the carriers! 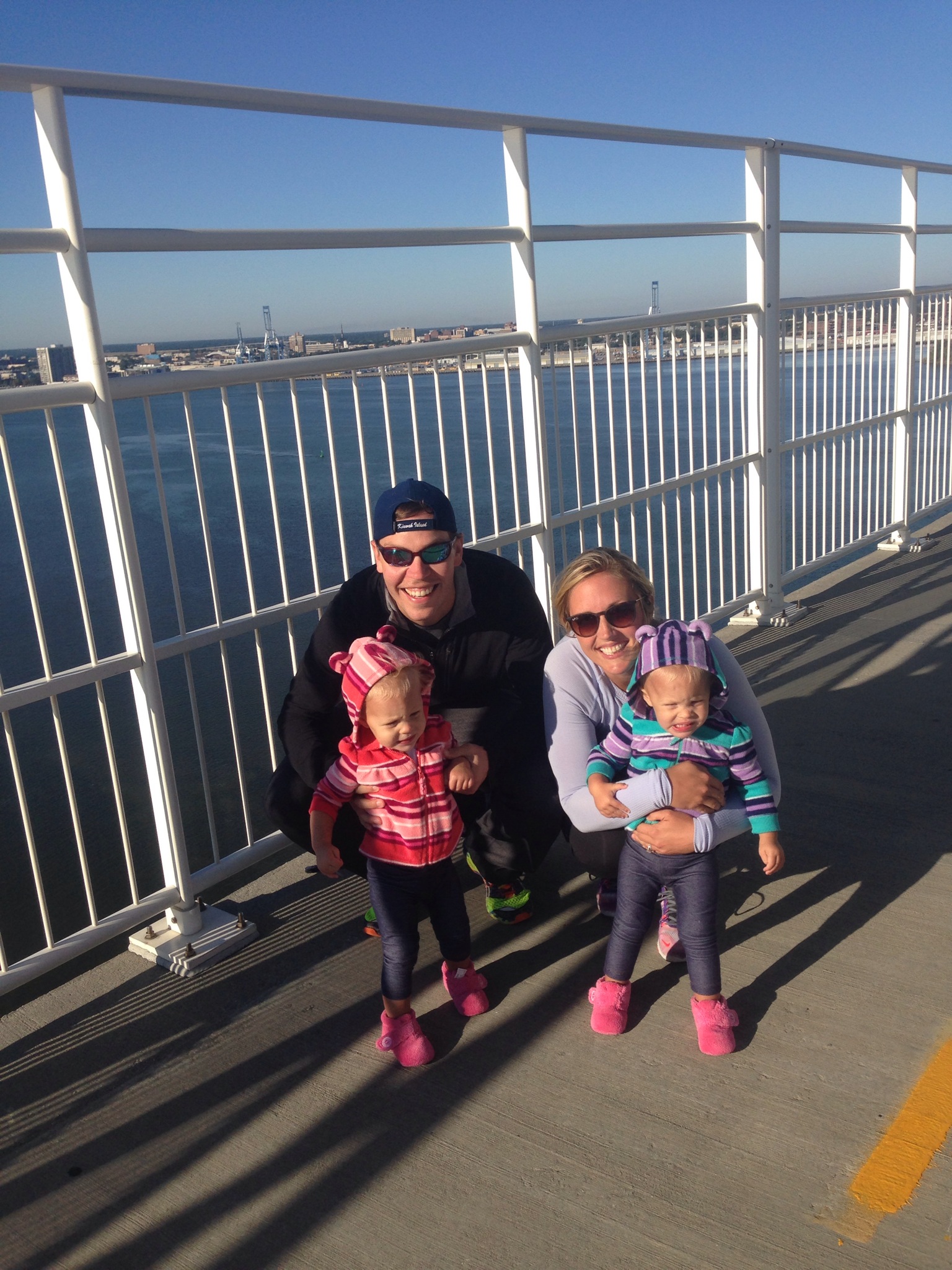 Wish me luck on being able to walk tomorrow. It was a fun weekend of fitness that helped two great Children’s charities.

egg roll in a bowl…

day of fitness (for the kids!)